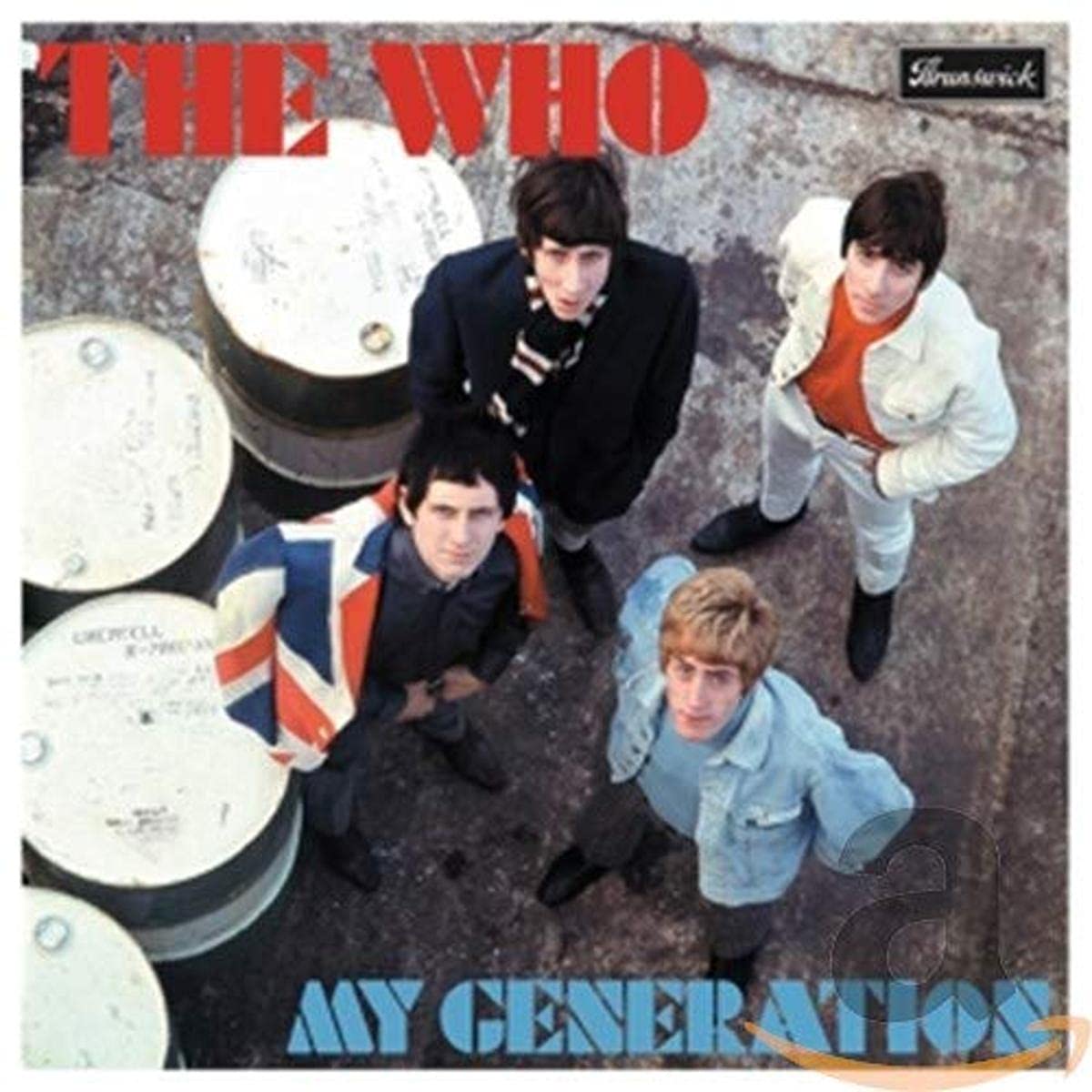 The Who's first album, mixed in stereo for the first time by original producer Shel Talmy, plus single sides. Disc two is a collector's dream, with more loads of first-time stereo-in fact, 28 out of the 30 tracks here are in stereo!-previously unreleased, full-length versions of The Good's Gone and I Don't Mind, an unspeakably rare, French EP-only alternate version of Anyway, Anyhow, Anywhere and more.

The roaring, raging quartet heard on Who's Next, "i"Live at Leeds, and "i"Quadrophenia is scarcely discernable on much of this, their first album. But the Mod-fueled, American Ramp;B-inspired sense of ambitious pop that powers "i"A Quick One, "i"Sell Out, and even "i"Tommy isn't so hard to find here. This reissue not only expands the original with a bonus-disc treasure trove of 17 outtakes and rarities (including the Pete Townshend-penned, previously unissued "Instant Party Mixture"), but has been remixed from the original 1964-'66 session tapes by producer Shel Talmy and released in true stereo for the first time. Anchored by early Who/Townshend anthems "My Generation" (also included in an instrumental version), "I Can't Explain," and "The Kids Are Alright," disc one's original LP set veers somewhat schizophrenically from Townshend's nascent power-guitar thrashing on the anthems and Roger Daltrey's ill-advised James Brown and Bo Diddley impressions on "Please, Please, Please" and "I'm a Man," respectively, to the surf-inspired John Entwistle-Keith Moon instrumental showcase, "The Ox." Not surprisingly, it's the Townshend originals (like "It's Not True," "Legal Matter," and the proto-psychedelic "Circles") that point to what the band would become in a few short years. The bonus material on disc two leans equally heavily on covers, but also contains its share of signposts to the future Who, including a rare, alternate version of "Anyhow, Anyway, Anywhere." Also included is a new booklet with many rare photos and a history of the album's recording by Andy Neill (coauthor of Anyway Anyhow Anywhere: The Complete Chronicle of the Who 1958-1978). --Jerry McCulley

Your research deserves the best

We manufacture equipment that is used in life science laboratories all over the world. While our core focus is electrophoresis, our extended product range features everything from pipettes to radiation shielding.

Our bestselling range of gel tanks for agarose gel electrophoresis

PAGE tanks that work with pre-cast and hand-cast gels

Our reputation is built on Quality Reliability Service

Founded in 2004, we work with customers around the world to advance their research with products that reflect our key values.

With a manufacturing and distribution hub based in the heart of the UK, we are well placed to supply our products to both the national and international markets.

We sell our products directly, via our website, and through a network of approved distributors around the world.

Find a Distributor
Our Services

We can produce products for your private label brand, with changes to our colours and designs.
Learn More

We have capability to custom make laboratory equipment to your specifications.
View Projects

Cleaver Scientific manufactured us 10 x custom made electrophoresis tanks for running our Gene Read gels. The tanks were made to the exact specification we had requested, and we are extremely pleased with the finished product. From my initial contact with Tanvi (International Sales Manager) I found her to be particularly helpful; as was Lisa from the shipping department. Overall the service we received from Cleaver Scientific was excellent and they produced us a high quality product for a really competitive price. We would be more than happy to use Cleaver Scientific again in the future.
Sharon McCormackNHS/GDL Mancheste
Here at Touchlight Genetics we need and require a sterile workspace for the preparation of our RNA and DNA samples and templates. We have therefore made good use of our UV Sterilisation Cabinet from Cleaver Scientific, which enables us to work in a clean, safe and contained environment. Touchlight Genetics would highly recommend this product and Cleaver Scientific as a supplier as their customer service has been excellent. Cleaver Scientific has been extremely supportive in ensuring their product is well maintained and meets our requirements.
Dr Lydia HunterTouchlight Genetics Ltd
I use the runVIEW system for my PCR product analysis and especially for gel extractions of DNA. Having the blue light and lid filter build into the system means it’s easy to monitor migration of your bands in real time and cutting out bands is easy. Importantly using the blue light makes sure that my DNA is not degraded and I’ve found that it massively improves the success and quality of my downstream cloning. I use it together with the RunSafe stain and the sensitivity is the best I’ve seen for non-ethidium bromide stains.
Andrew Currin, PhDManchester Institute of Biotechnology
I used much less Blue prestained protein ladder than our usual ladder and I got really nice and defined marks that transferred very well on the blot.
Nicole MaiWellcome Trust Centre for Mitochondrial Research, Newcastle University
Previous
Next

Reagents and Chemicals for Western Blotting

The Complete Solution for Western Blotting

We manufacture several ranges that are used in viral research and diagnostics. Click through on the products below for more information.

We’re the same great team with the same commitment to quality, but now you can browse a larger range with much greater ease and selling points to say why this is a benefit to you.